KEEP CALM and CODE ON

This work is licensed under a Creative Commons Attribution 4.0 International License.

Bored and have free time? Lets build something. Lets build RC Toy. Hm, and lets use Clojure (because clojure is pure fun to use).

First of all we need some parts.

First lets build gearbox. You can use it in few different modes of gear ratio. I selected 114.7:1 gear ratio (lucky guess). Read instructions, take your time. I had 2 9v motors, so since I will be using 9v batteries I decided to replace default motors with 9v ones.

Next assemble tracks. Pretty easy, right? Next is time to put it all together. Since I had only 1 plate I made second one from peace of plexiglass. I made something like 2 floored chassis. First floor is for motor and wheels (and maybe batteries) and second is for Arduino (and maybe batterries).

We need to do 2 thing with our cheap bluetooth module:

Solder legs to it

To control motors I decided to use HBridge. You can use bunch of transistors if you want, but I’m afraid it would be messy. To understand how HBridge works you should read Adafruit post. 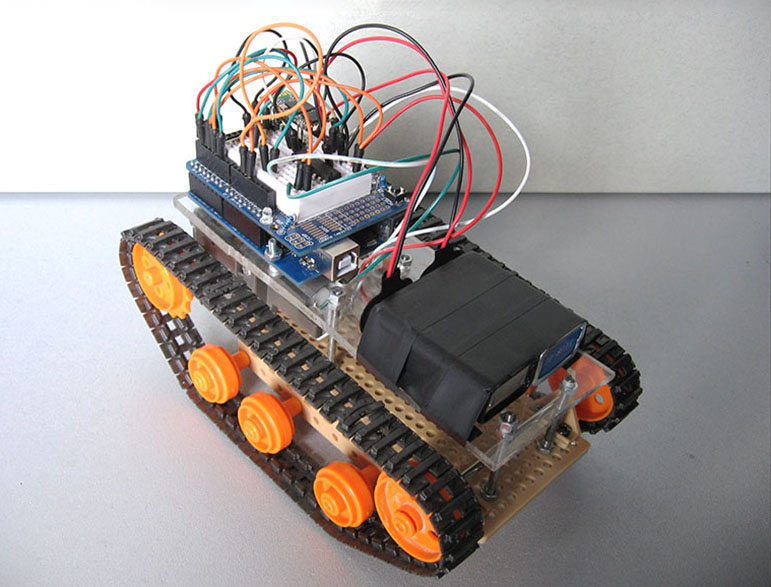 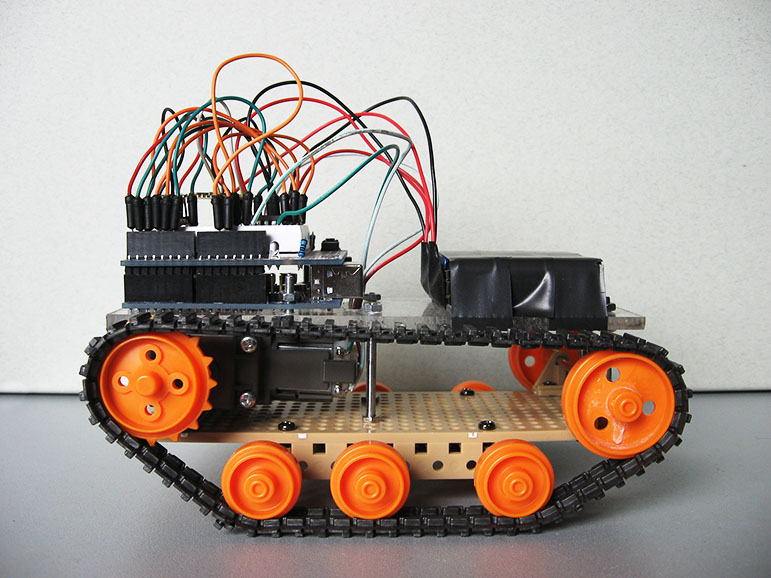 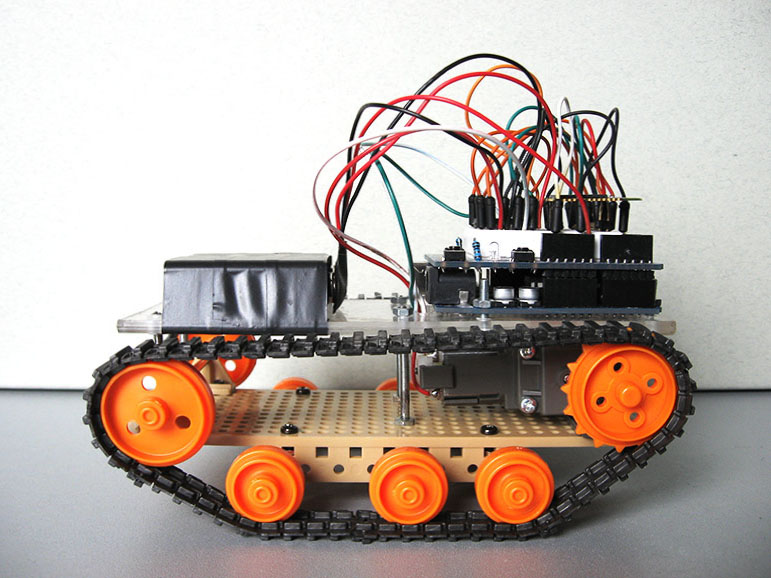 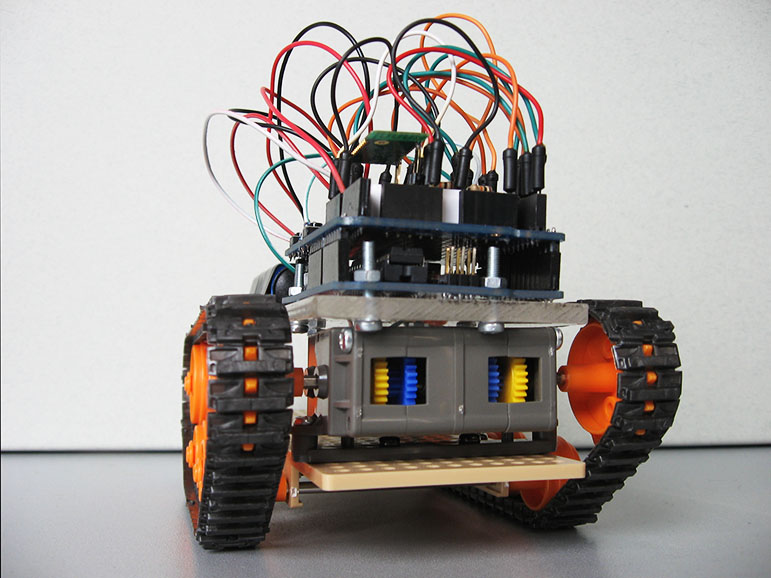 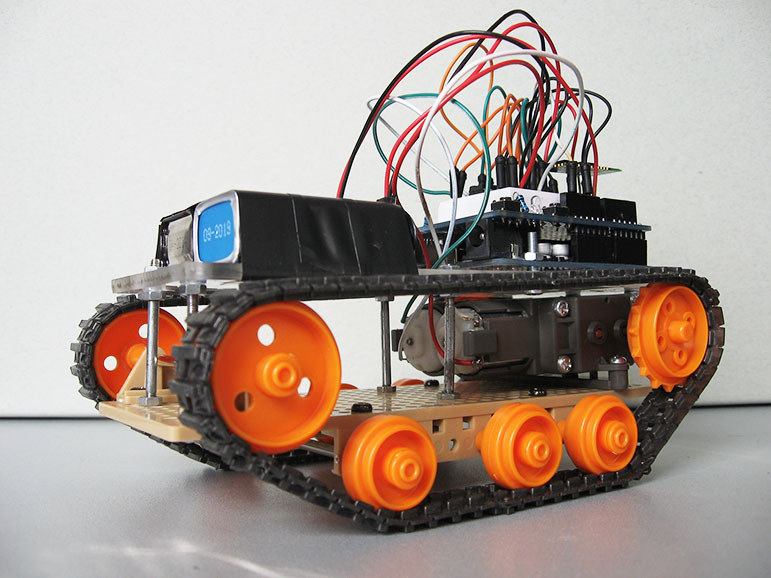 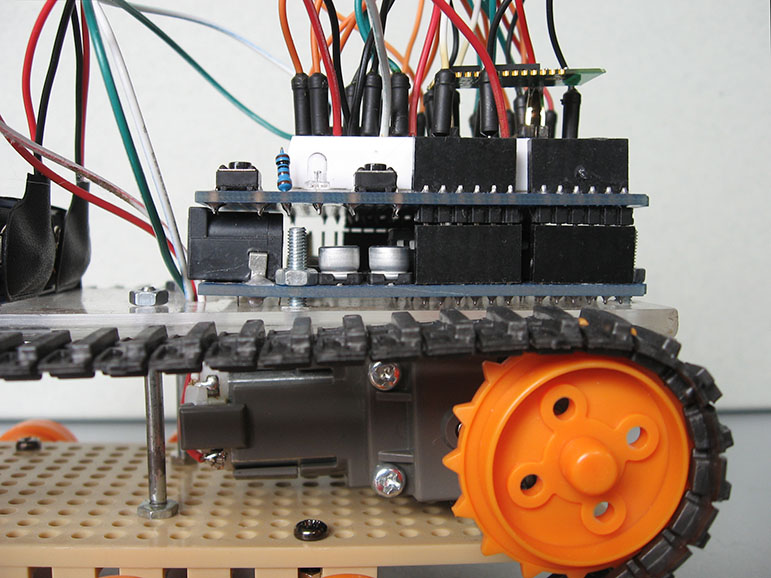 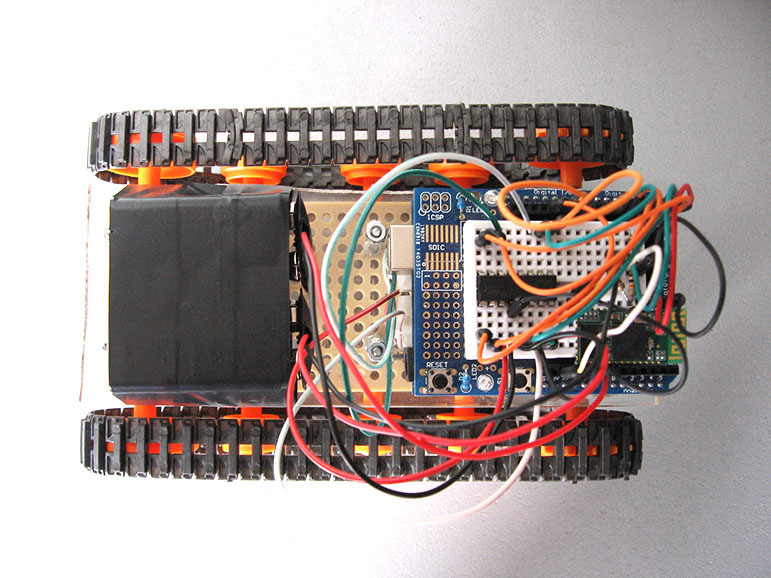 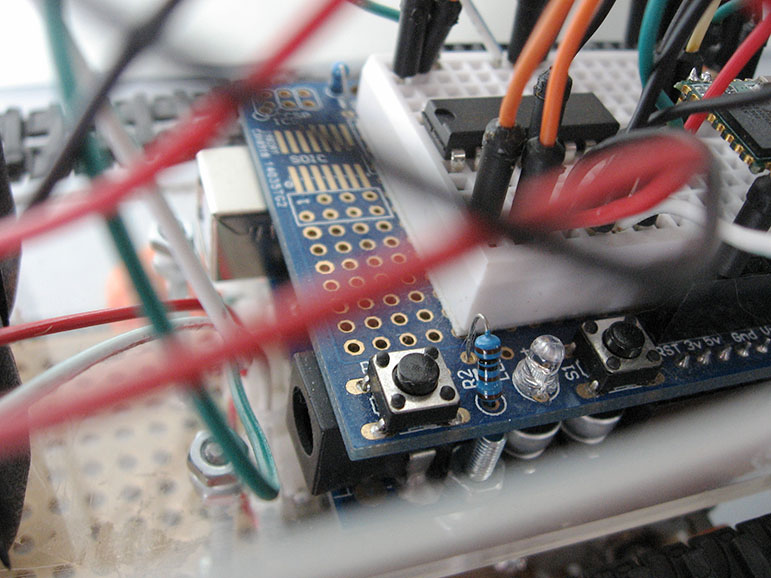 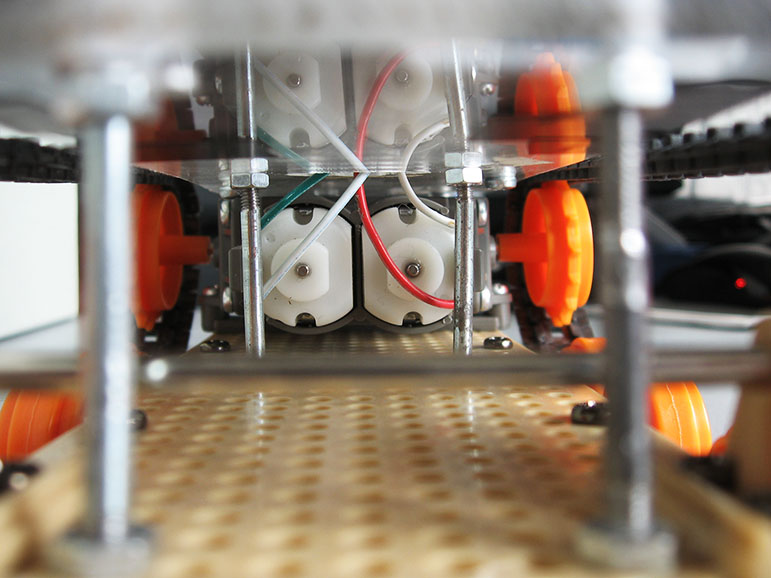 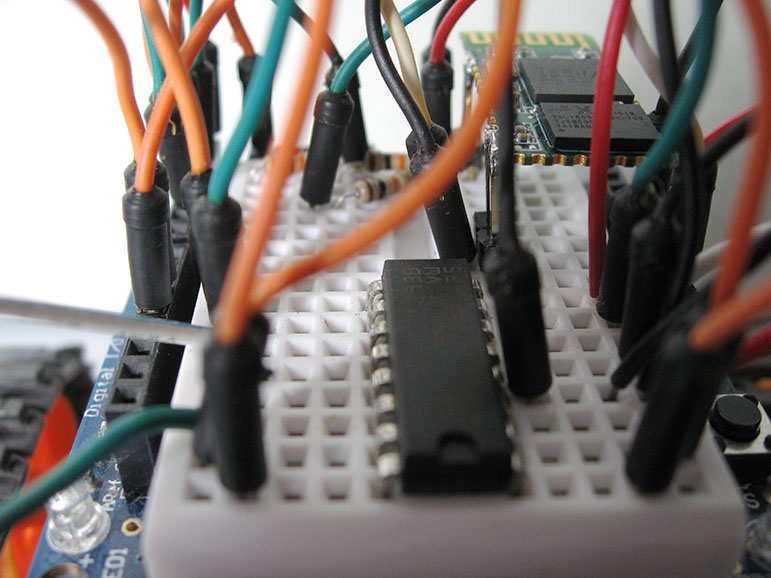 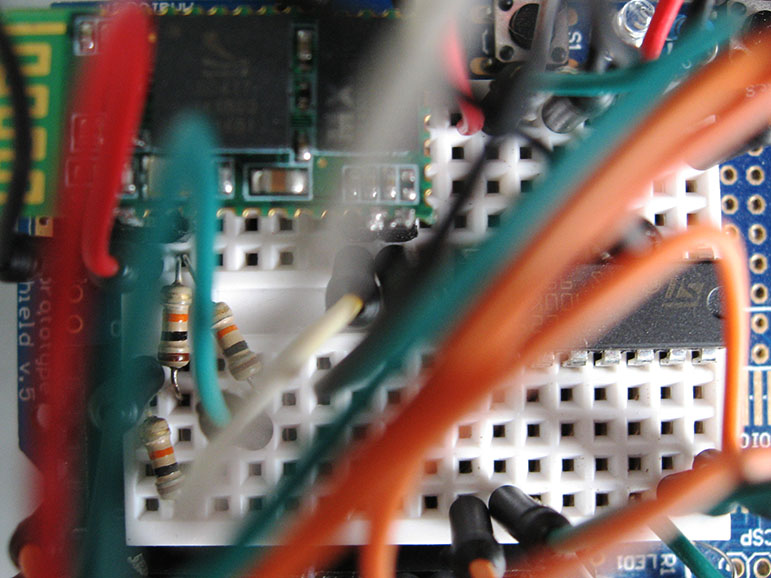 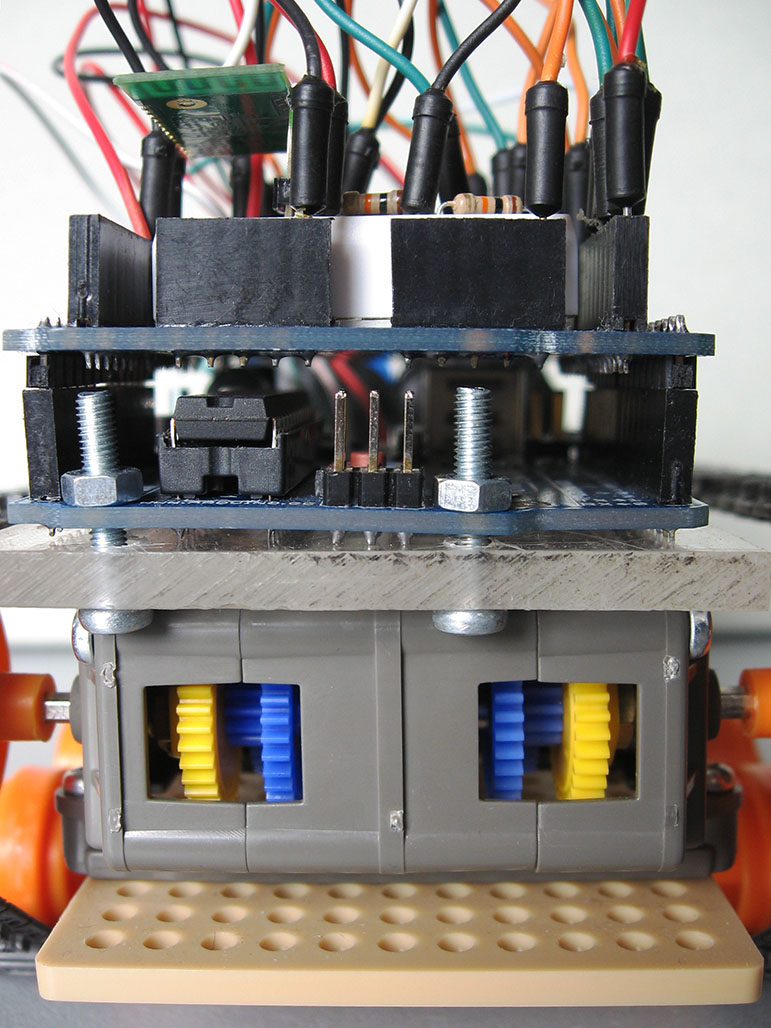 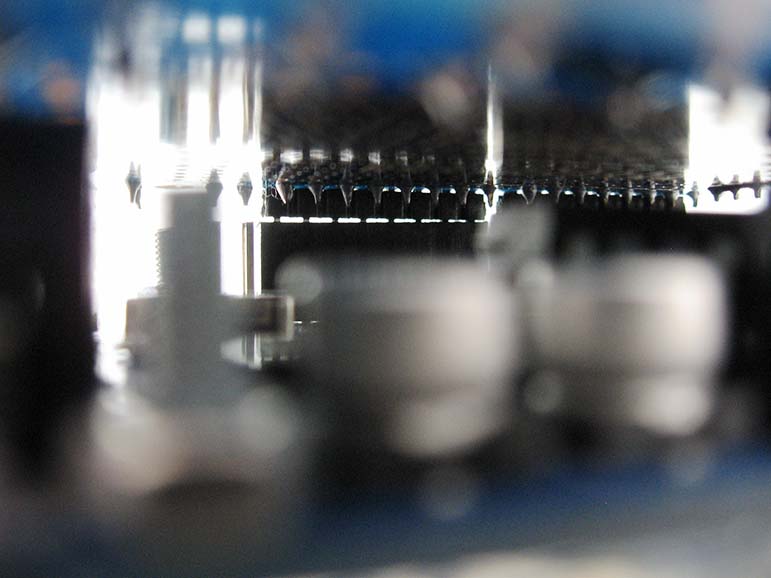 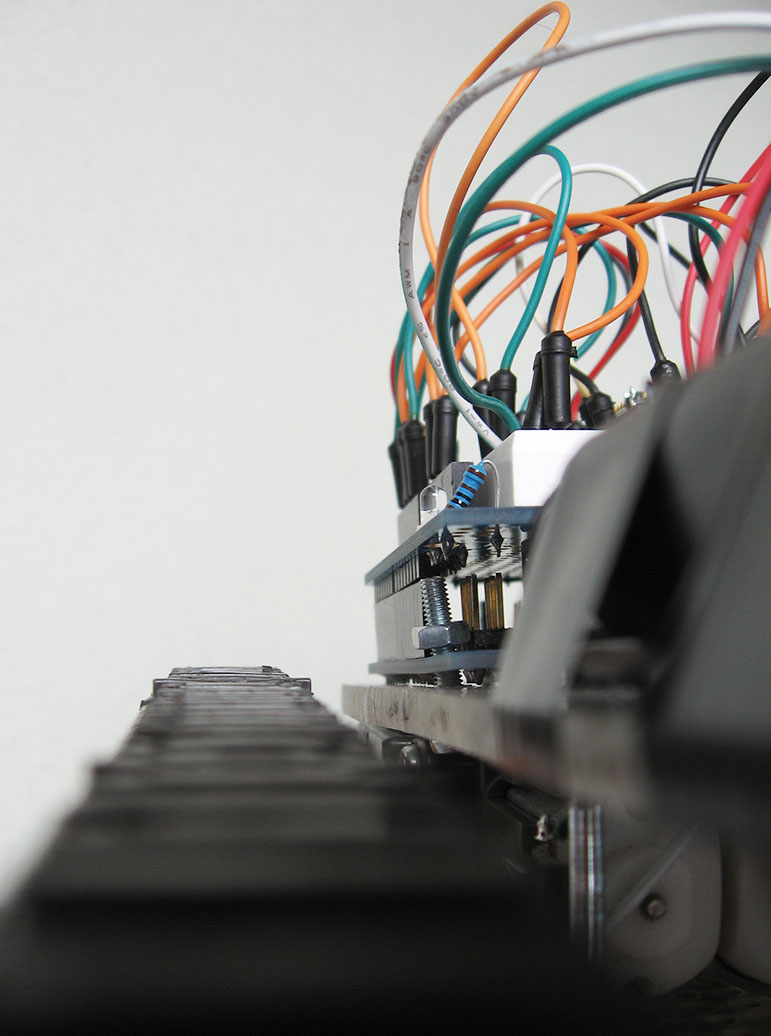 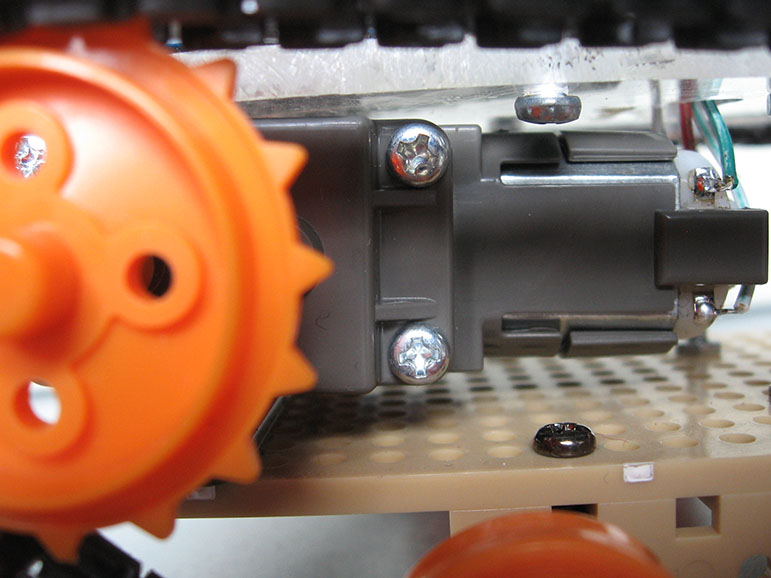 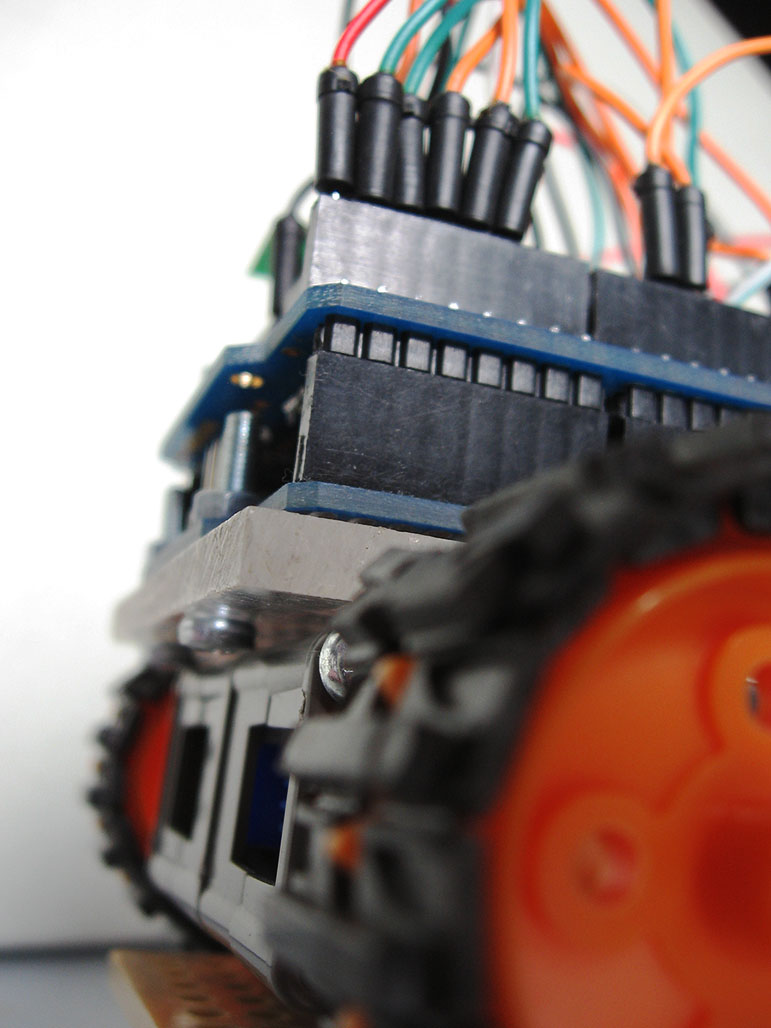 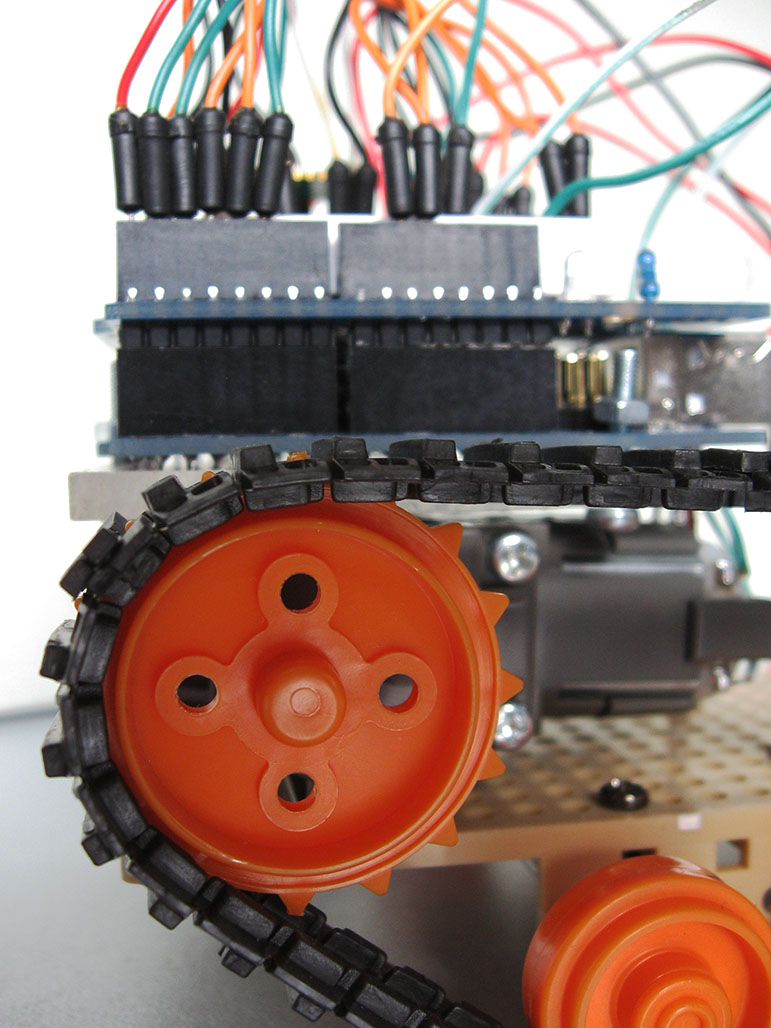 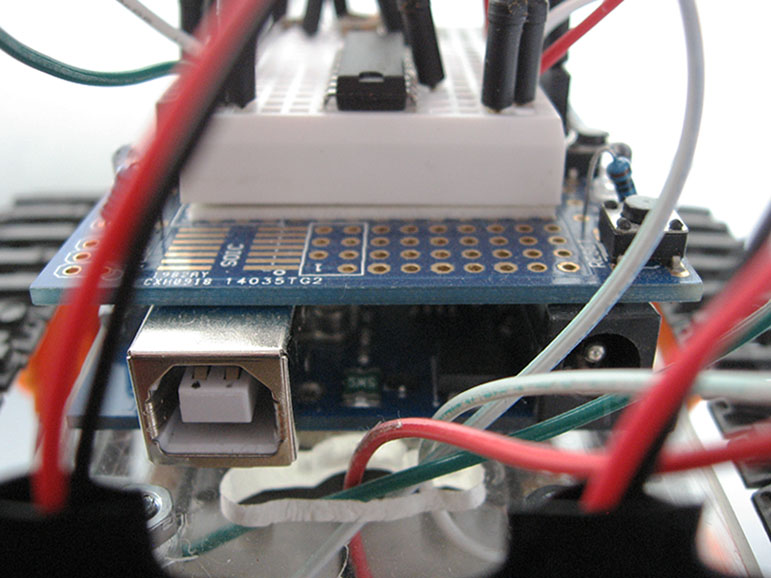 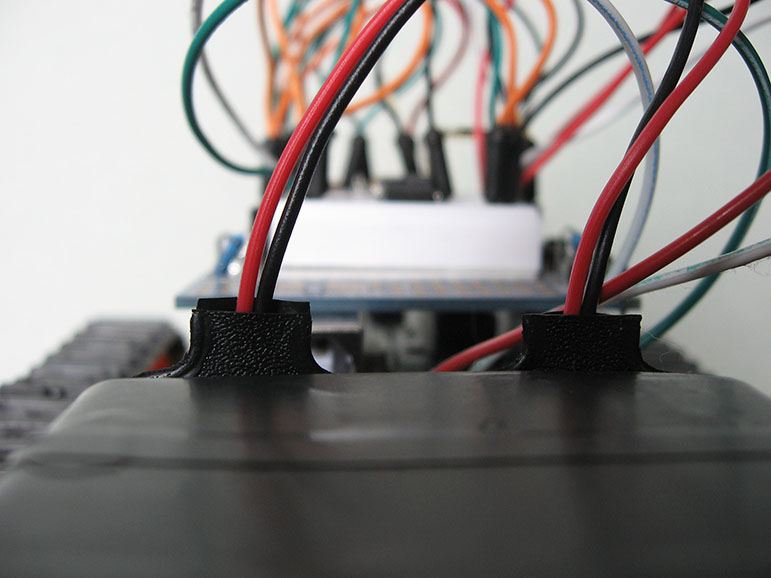 I used blueman on my Arch Laptop. Gui is straightforward and easy to use.

You need to find kernel module for your gamepad. For my gamepad module joydev was required. After module is loaded you should see new device in /dev/input.

I used Clojure as main language for controlling Arduino. I took Clodiuno library. It is Firmata protocol implementation for Clojure. Why Firmata? Because it’s easy, fast and provides great way to extend your project in future.

So I wrote some code, uploaded Firmata to Arduino. And… it’s not working.

After some digging in Firmata and Clodiuno code I wrote 2 pull request to Clodiuno.

Second was that Clodiuno waits for version response from Firmata on startup. It’s ok for wired UNO since it will be restarted when serial connection is established. But boards like Leonardo or if you are using bluetooth miss that behavior.

Most of controller related logic was extracted from awesome library overtone-jinput. I just replaced overtone related events handling with my own code based on Clodiuno.

Final version of code is on GitHub

Add joydev to /etc/modules to see gamepad in /etc/input. Also you need to switch gamepad to direct input mode (X -> D switch on the back of gamepad).

To scan for devices from command line use hcitool scan.

To bind bluetooth to serial port on startup use following code (untested yet):

For now I have no idea how to fix that issue. Looks like something is wrong with permissions.